Here is a long awaited texture post. Couldn’t upload since I’ve had no internet for nearly a year and I still don’t, but was able to visit my dad this new year’s and use his internet. Its the promised Brawl versions of Mario and Luigi with the Ice and Fire also Brawl style. There are no tweaks or updates to the textures, so they are the same as when I started on them a couple of months back, and given the video scaling, making them any better is practically unnoticeable, so no need to make them super-duper compulsively detailed. Sorry I can’t take screen caps, I don’t have my gear or Wii with me at the moment. I even uploaded the textures as ARC files instead of patches for easy replacement (and the fact that I don’t have my game to rip the original files required for patches). I’ll soon post the rest of the NSMBWii texture hacks, since they are ARC ready. I will also be creating some new ones, but those will probably be posted once I get my own ISP, which would hopefully be in 2-3 months, as I will be moving again. Hope everyone had a great new year’s!

Tired of those cheap, saturated outfits that Mario and Luigi wear in NSMBWii? I was. Now you can ditch those kiddy-colored shirt & overalls for something more Manly. Not really, but yeah… 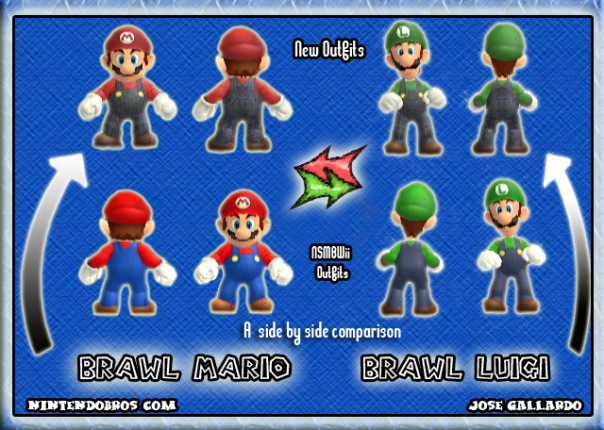 END_OF_DOCUMENT_TOKEN_TO_BE_REPLACED

Here is a video. Need I say more? Well, there is more, but you can read the Youtube video description.

I went all-out on my first custom NSMBWii level, featuring a surprise “battle” in the end. Took me over a week of hard effort, testing, and inspiration to finish, and still I feel I should have taken longer. As a first, it wasn’t easy to implement the final Area of the level (you’ll see what I am talking about if you download the level… or if you look at the screen caps).

END_OF_DOCUMENT_TOKEN_TO_BE_REPLACED

What bad freakin’ timing >:/ I’ll be out of internet for at least a 2 weeks starting tomorrow, and I don’t have my Wii set up, because I am moving and have everything packed up.

And the revolutionary on-the-fly File Patcher has also been released. This will facilitate replacing textures and other files on New Super Mario Bros Wii and other games. Again, bad timing. I would definitely love to release my current NSMBWii textures, but I can’t until I finish moving.

What I’ve Been Working On

If you don’t check up on the [NSMBWii] Hacks regularly, then this is what I have been spending most of my extra time on: 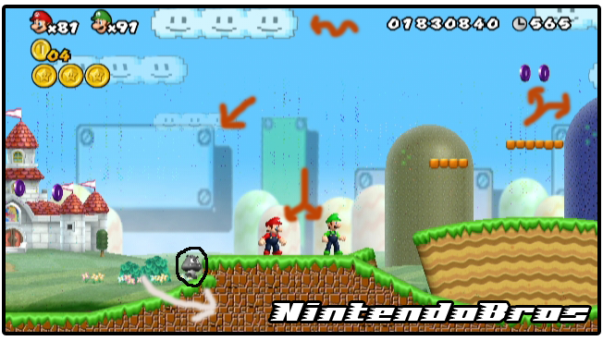